Home / PLACES TO VISIT IN LAHORE

Top places to visit in Lahore

The gorgeously lit Food Street is a place in walled city Lahore to enjoy the smell and taste of all the delicious dishes that Lahore has to offer. 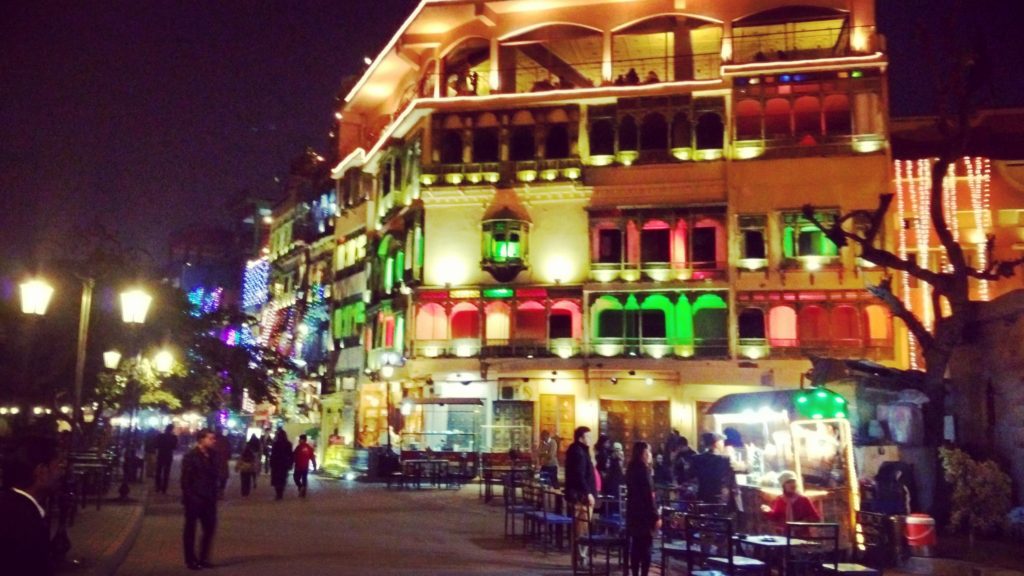 The Lahore Fort, or the ShahiQila, is a wonderful and one-of-a-kind Mughal structure. This must-visit historical palace was built by the legendary Mahmood of Ghazni in the 11th century. 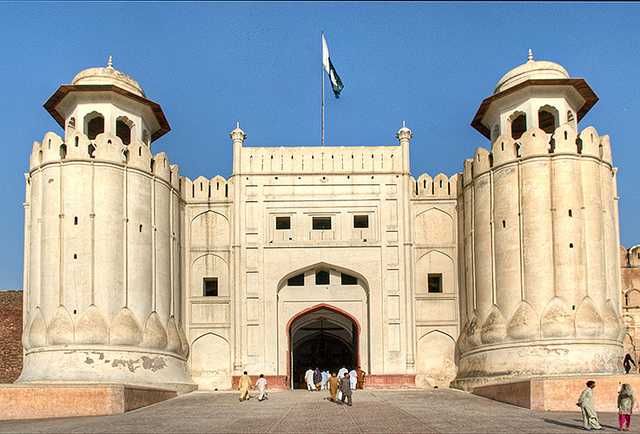 This mosque is one of the most famous in the world and was built in the year 1674 by Aurangzeb, the Mughal emperor. According to reports, it was discovered that this mosque can hold around 40,000 people for worshiping in a single prayer session. The interesting thing about it is that it is made entirely of red sandstone. 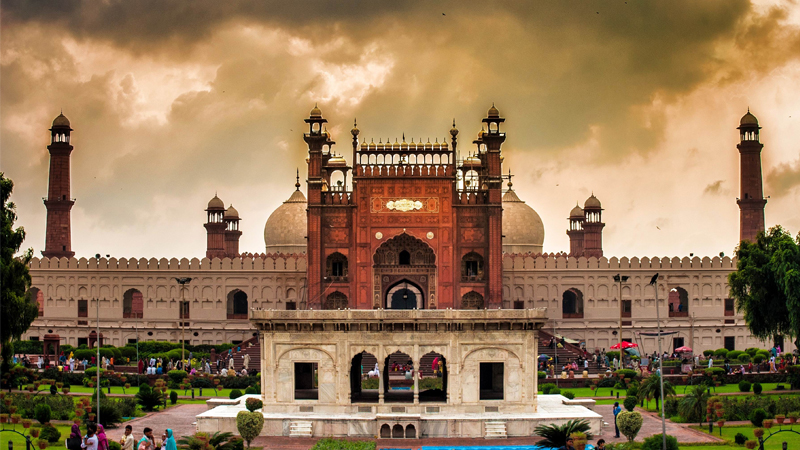 Anarkali remains one of the oldest surviving markets in South Asia, dating back at least 200 years and derives its name from the nearby mausoleum thought to be that of a courtesan girl named Anarkali, who was chased out of town by order of the Mughal Emperor Akbar for having a love affair with his son, Prince Salīm, who would later become Emperor Jahangir. 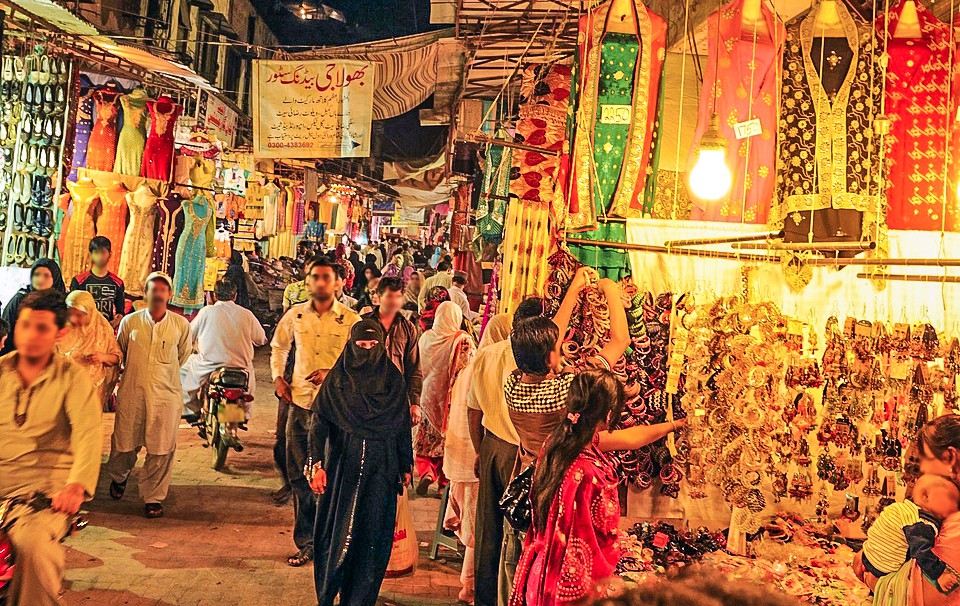 The Qashani tile work of the Wazir Khan Mosque seems like a direct contrast to the majesty of the Lahore Fort. For photographers, this place is a dream come true, as they can enjoy a kaleidoscopic dream by witnessing the glazed colorful tile mosaics. The floral motifs and blue and green calligraphy come together in a mesmerizing exhibition of beauty across the facade. 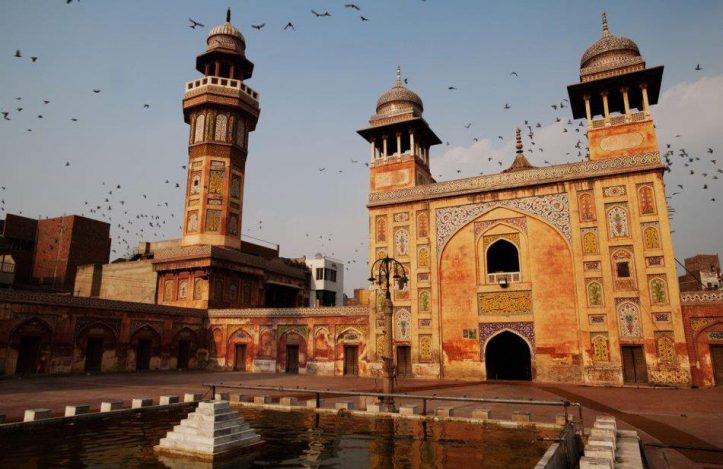 This garden is a UNESCO World Heritage Site. Also known as the Shalamar Garden, it was built in the year 1641 by Shah Jahan, the great Mughal emperor. This 80 acres of magnificent Garden is a great example of the famous architectural skills of the Mughal Empire. In the middle of this garden there are three terraces known as the Hayat Baksh, FaizBaksh and Farah Baksh. Beside this, there are also many white marble fountains and buildings in the garden. 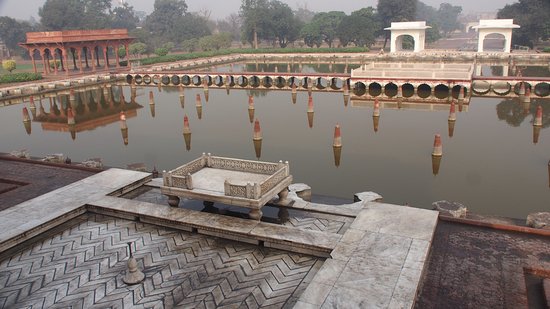 The Lahore Museum is one of the best places to learn about the fascinating history of Pakistan. This museum was built in the 18th century, and contains artifacts from the times of the civilization of Mohenjodaro and Harrapa to the present day. It has about 20 galleries which exhibit different priceless Qurans, paintings, Gandharan sculpture, carpets, manuscripts, Islamic artworks and many other such artifacts.

Minar-e-Pakistan is a monument well-known for being a prefect representation of the ideology of Pakistan. Built during the 1960s, it holds a special patriotic sentiment for the country as on this site the Lahore Resolution was passed by the All-India Muslim League on 23rd of March, 1940. 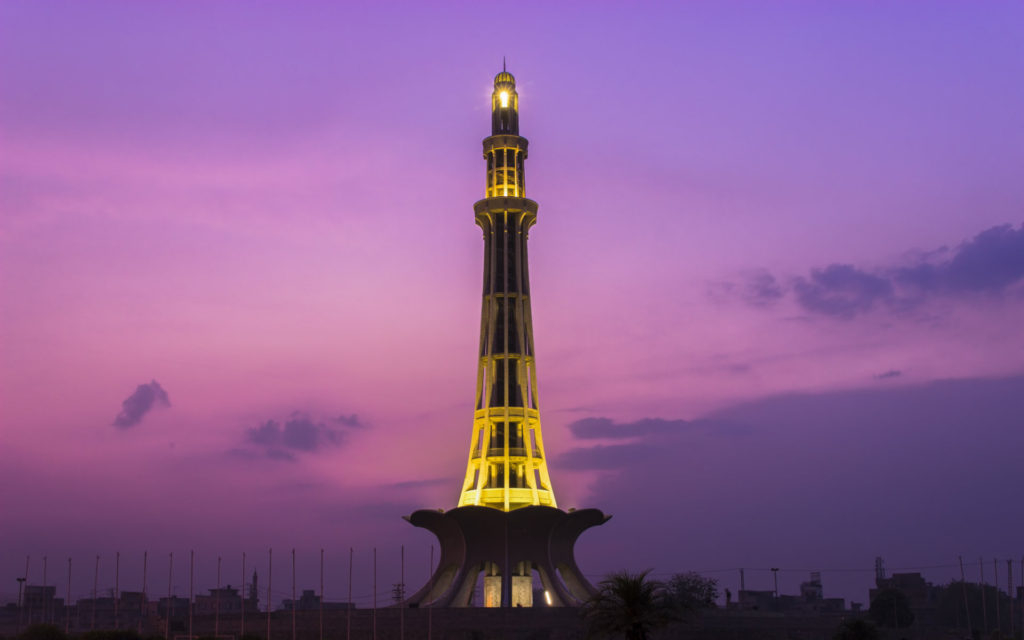 This place marks the border between Pakistan and its neighbor, India. Every evening tourists come to this place to witness the Wagah border ceremony, which is a military practice performed by both Pakistan and India at the same time since 1959. 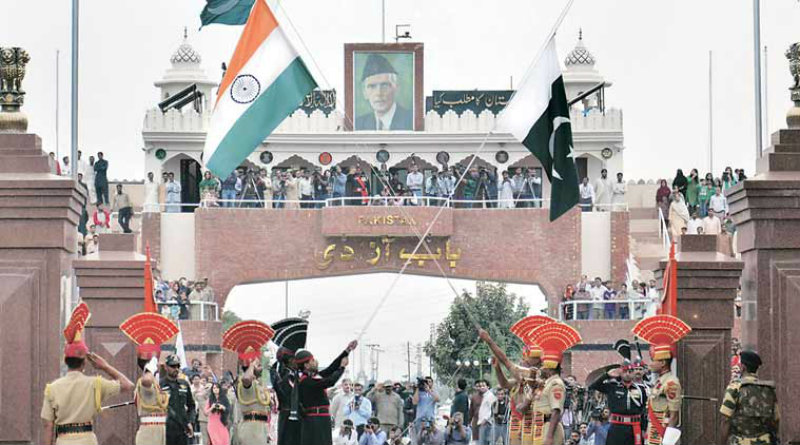 The fortress stadium is a popular large area of open space consisting of shopping centres, restaurants, cafes, entertainment areas and a sports stadium. 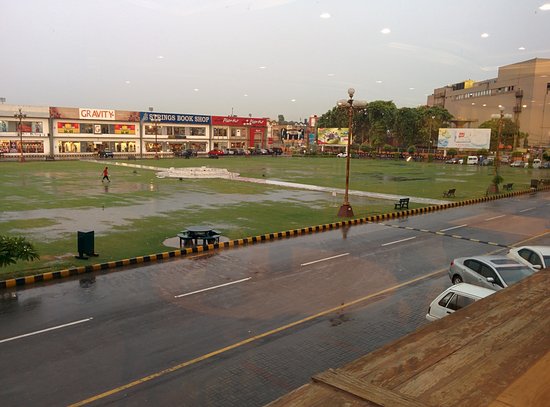 The gate was once part of Lahore’s city walls, which were torn down by the British after the Sepoy Mutiny of 1857.[2] The gate itself was also destroyed by the British, but was reconstructed in the 19th century under the British Raj. 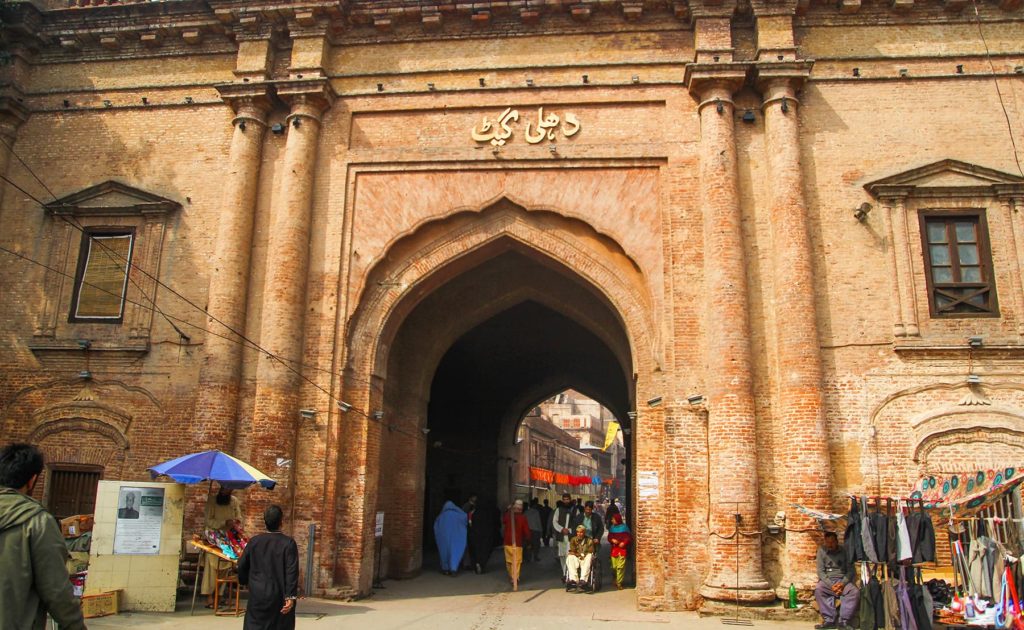 The Tomb of Jahangir is a 17th-century mausoleum built for the Mughal Emperor Jahangir. The mausoleum dates from 1637, and is located in ShahdaraBagh in Lahore, Punjab, Pakistan, along the banks of the Ravi River. 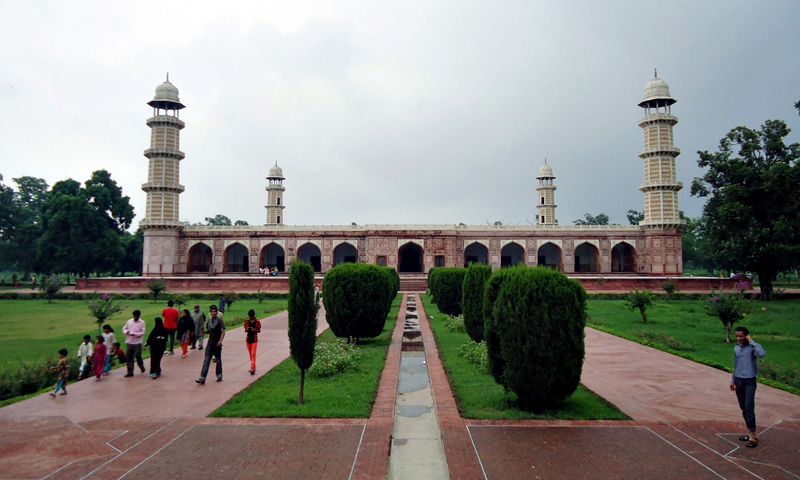 It is a colossal haveli which was built during the reign of Mughal emperor Muhammad Shah. The haveli was built by three brothers; Mir Nadir Ali, Mir Bahar Ali and Mir Bahadur Ali. After the death of their father who was well known hakeem and tabeeb at that time, they built the haveli. 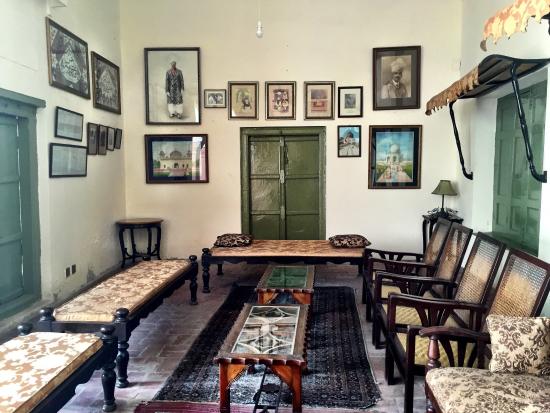 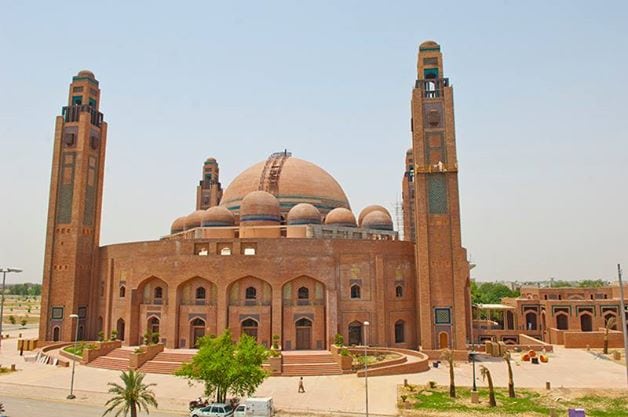 BahriaTown , Lahore  has the third largest copy of  Eiffel Tower monument in the  world after Paris and China.Bahria Town within Lahore City , Pakistan , boasts about  having  the third one with height of 80 meters. It is almost a 100 feet taller than Minar-e-Pakistan (which is considered as a monument of Pakistan situated at Lahore). 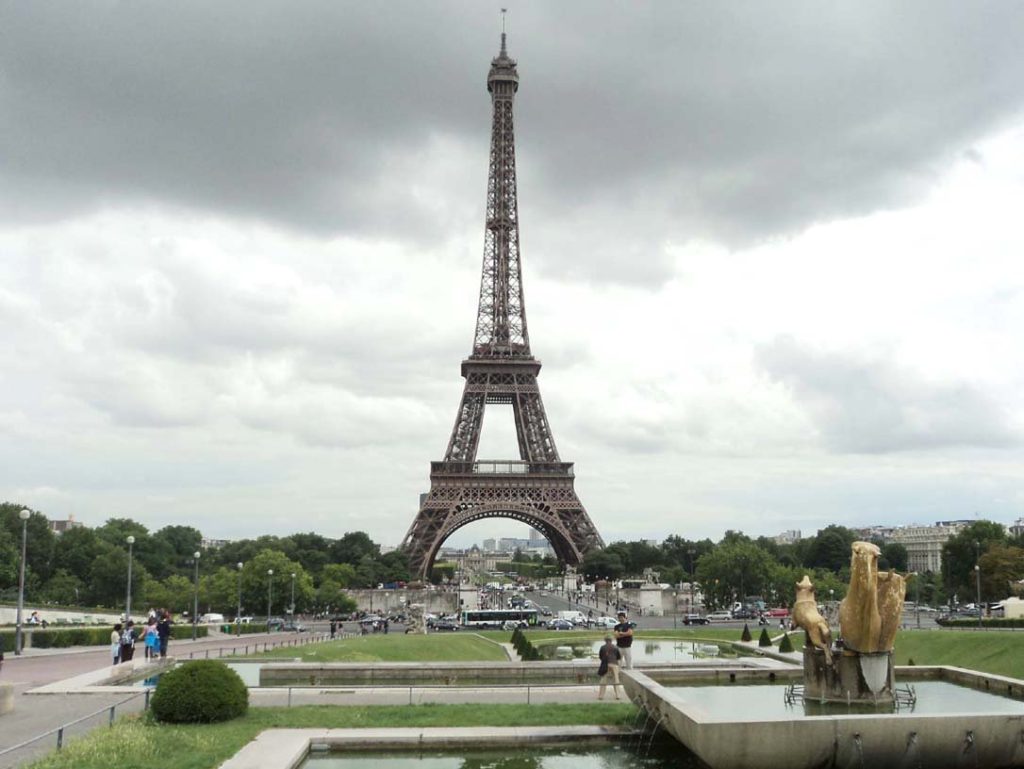 Jilani Park (formerly known as Race Course Park) is located in the city of Lahore, Punjab, Pakistan.[1] It is on the Jail Road in front of the Services Hospital. It is famous for its floral exhibitions and artificial waterfall. Annual horse racing competitions are held in this park. 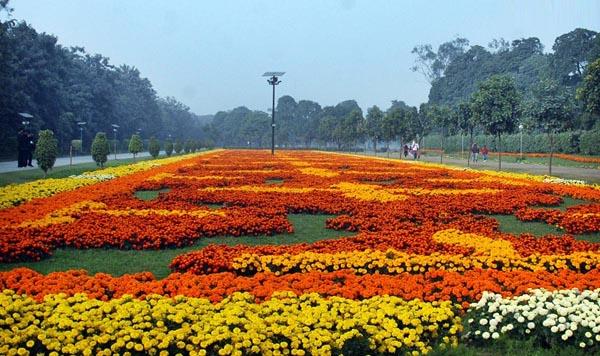 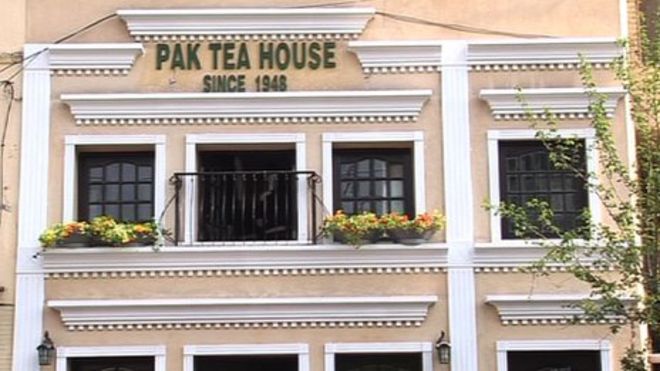